02 Jul The Wrecks of the Robert Edminster and Wendy Rossheim

The Wrecks Robert Edminster and Wendy Rossheim are just two of the many wreck dives we make here at Sea Experience.
The Robert Edminster is a 95 foot Coast Guard cutter that was built in 1953 in Curtis Bay, Maryland. She was originally the Patrol Boat CG-954304, in 1964 she was named Cape Gull USCG.  The cape class patrol boats were steel hull  with aluminum superstructures.  They were unnamed until 1964, when they aquired names of US capes of land.  They were originally designed for anti-submarine warfare. The Cape Gull USCG was sold at auction to a Ft Lauderdale businessman who renamed her Robert Edminster after a friend and associate who had passed away.  She was sunk on December 11, 1989.  The Robert Edminster went down in 36 seconds after being set off with five eight pound dynamite charges.  She now forms part of the Broward County Artificial Reef Program, sitting upright in 70 feet of water 1000 feet due south of the Jay Scutti wreck.  The wreck of the Robert Edminster  has a 100 foot cable attached to the stern that leads to the wreck of the Wendy Rossheim.
The wreck of the Wendy Rossheim, a 118 foot motor yacht, originally named the Our House 3 was built in 1945 and served as a Patrol Boat until she was deployed from service.  She was named the Wendy Rossheim after a Fort Lauderdale resident who died after a sudden illness at the age 21. Ms Rossheim’s parents, Joan and Ralph Rossheim, established a memorial reef fund in their daughter’s name to raise money for the county’s artificial reef program and in 1991 the vessel was sunk near the Wreck of the Robert Edminster.  She was severally damaged by Hurricane Andrew in 1992 but is a lively 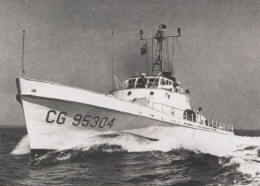 habitat for a large variety of marine life and coral.
If you are interested in wreck diving, the PADI Wreck Diver Specialty Certification is extremely beneficial and is available at Sea Experience  Career Development Center. This course provides training in the hazards and excitement of diving wrecks.  Additionally, if you are currently a PADI Instructor, the Wreck Diver Specialty Instructor course is a must for your available specialty courses roster.  The PADI Wreck Diver Specialty Instructor course is also available through Sea Experience Career Development Center and for wreck reels, lights, gloves and  training materials visit our dive shop here at the Bahia Mar Resort.