An analysis of Trip Advisor reviews from recreational divers shows that highest ratings occur when three criteria are fulfilled: First, divers must feel their experience was safe. Second—almost too obvious to mention—is that they must have enjoyed themselves. Third—and this is the one that often comes up short—is they must feel they really connect with the environment they visited. To its credit, the dive industry does an admirable job in training professionals how to teach, supervise and keep divers safe. And professionals normally figure out on their own how to ensure their customers have fun. But it’s the third criteria—connecting customers to the environment —where professionals most often stumble. Frankly, this “failure to connect” is perfectly understandable given that dive professionals receive little, if any, training to help their customers make a real connection with the environment. Furthermore, few dive professionals are able, or bother, to turn divers’ interest in the environment into advocates for the environment. This is an unfortunate missed opportunity to promote marine conservation. Filling this gap is exactly why we offer the ECO PRO program. As an intensive eight-day program, ECO PRO is, in essence, an “environmental IDC.” An overview of the eight-module curriculum is provided below:

In this module you’ll learn about the true nature of the diving industry, and how it has changed over the past three decades. You’ll also explore not only what it takes to be a successful professional in a dynamic industry, but why careers fail. Also discussed is why employers sometimes hire the wrong people, and how the dive industry has failed to fully prepare professionals for the challenges of the 21st century dive industry.

MODULE #2: MERGING BUSINESS AND THE ENVIRONMENT: A GUIDE TO MARKETING SUSTAINABILITY

This module explorers the worldwide travel and tourism industry with an emphasis on natural-based adventure travel and the growing phenomenon of sustainable travel. Of course, it’s focused specifically on the dive industry with ample examples and case studies of businesses that are doing it both the right and wrong way. Discussions include consumer trends; shifting demographics and the “environmental” consumer; how to “green” your business, and how to market your green commitment as a business strategy; “greenwashing” and how to avoid it. The session concludesby examining case studies from around the world featuring successful dive operators who are blazing the trail to sustainability.

This module is a practical guide for professionals who are in the field each and every day with customers. It explores research of diver behavior on coral reef, and more importantly how dive professionals can better manage and supervise divers to reduce, if not eliminate, any negative impact on the environment. Also discussed are innovative ways to improve entry-level diver training.

You’ll prepare for this module by first completing an online course, Cities Under the Sea: An Introduction to Coral Reef Ecology. You can enroll in the courseeven before the ECO PRO program starts. In fact, you don’t even have to enroll in ECO PRO to take this free course. It’s open to any diver who is interested in learning more about the environment. Just follow this link: https://ocean-education-international.thinkific.com/courses/ycities-under-the-sea-an-introduction-to-coral-reef-ecologyour-first-course-part-one.You’ll learn the basic biology of corals and coral reefs, including a discussion of ecological principles such as: competition, diversity, symbiosis, disturbance, adaptation, reproduction, and recruitment. And you’ll learn fascinating facts about the major community members living in coral reef ecosystems. In-class discussions review current polices and best practice for coral reef conservation and management. Also discussed strategiesto improve the customer experience by explaining in simple but engaging ways what coral reefs are all about, and why they’re important to the health of our planet. A course highlight will be a night dive using special U/V lights to experience the phenomenon of fluorescence.

Here you’ll explore the emerging science and technology of coral reef restoration. It reviews the development of current restoration technologies, their evolution to the current state-of-the-art and highlights existing programs currently underway throughout the world. You’ll enjoy learning how scientists and recreational divers are collaborating to make the environment “better than they found it.” The segment will conclude with information on how you can start a local coral restoration program.

The Sharks in Depth module explores what must be the most popular and engaging creature among scuba divers. It looks not only at the unique and fascinating anatomy, physiology, and behavior of sharks, but also delves deep into their conservation status, and the growing phenomenon of shark ecotourism.

MODULE #7: PERFECTING THE CUSTOMER EXPERIENCE: THE ART AND SCIENCE OF CORAL REEF INTERPRETATION

This module is where you will learn how to apply information gleaned from experts in the field of environmental interpretation. You learn how to translate the story of coral reefs in ways that engage and inspire your guests. It also emphasizes the way you can help divers develop the necessary attitudes and behavior for more responsible diving practice and support marine conservation efforts.

The citizen science module explores one of the fastest growing trends not only within dive tourism but tourism in general. It recognizes that today many divers may want to do more than to simply have fun or do “no harm;” they want to give back and make the ocean a better place than what they found, and citizen science projects are among the most effective ways to build stewardship. In addition, there are also significant marketing opportunities in citizen science. The discussion concludes ample examples and case studies of those in the diving community who are already recognizing the benefit of citizen science and what has been termed “voluntourism.”.

ECO PRO is much more than a classroom experience. During the program you will make eight dives. This field portion of the course centers around learning a coral reef health and monitoring protocol called Reef Check, during which you’ll earn a Reef Check EcoDiver certification. The training involves three surveys, each exploring various aspects of coral reef health. During your first two dives you’ll learn a technique known as a point-intercept transect to characterize the sea bottom or substrate into 10 different categories. In doing so, you’ll determine the percentage cover of each substrate type. This will highlight the percentage of coral cover, which is one of the most common parameters used to indicate coral reef health. On the first dive you’ll learn how to identify the ten substrate types, then you’ll conduct the survey while recording data on the second dive.

During the second Reef Check session you will learn how to conduct what’s known as a belt transect. This has two objectives. The first is to identify the presence or absence of selected invertebrate organisms that are considered health indicators.

Secondly, you’ll examine all hard coral colonies within the belt, looking specifically for signs of bleaching, disease, or predation. Here is where you’ll begin to learn how to look closely for the subtle nuances in determining coral reef health. As with the substrate survey, the first dive will teach you how to identify the organisms and coral health indicators, while the second will be the actual survey and data collection.

The third and final survey will be a three-dimensional belt transect, exploring the status of fish populations. You will learn to identify certain indicator species such as groupers, snappers, grunts, parrotfish, and butterfly fishes, but only to their family level, so there’s no need to worry about memorizing dozens of different individual species. As with the previous surveys, the first dive will concentrate on fish identification and size estimation using a reference scale, as seen being held by the diver in the slide. On the second, you’ll conduct the survey, counting the number of indicator fishes observed in the belt, and estimating their size within a 10-centimeter range.

Once Reef Check surveys are completed, the final two dives turn attention to learning even more about coral reef fish. In addition to mastering basic fish ID skills, you’ll learn how to conduct the “roving diver” survey created and used by the Reef Environmental Education Foundation (REEF). This enables you to contribute to the largest scientific database of fish on the planet. At the end of the course, the data you collect will be entered into a spreadsheet from which charts and graphs will be generated illustrating the results of the surveys and giving you a whole new insight into the world of coral reefs. As many students have commented at the end of the course, “I’ll never look at a coral reef the same way again!” 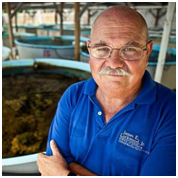 Learn More About Alex Brylske, the Author of ECO PRO

Click the link below and listen to a podcast about the author of ECO PRO – Alex Brylske. The first 49 minutes cover his expansive career in the dive industry followed by details of the ECO PRO Environmental IDC. In short – you will be taught by “the man who wrote the book” on many scuba topics, books, and courses.

To learn more about Ocean Educational International please visit their website at https://www.oceaneducationinternational.com/ 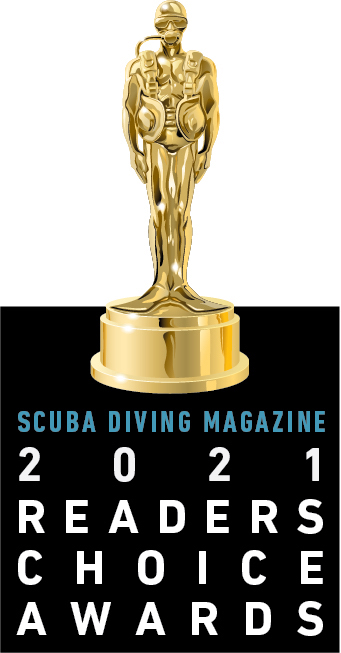 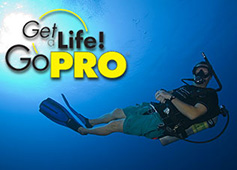 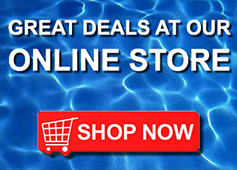 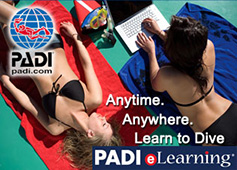 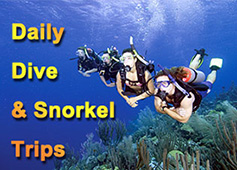 About Us, Help & More 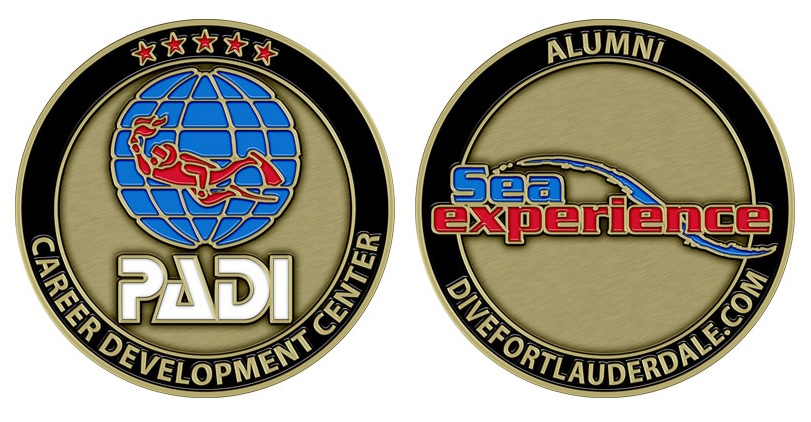