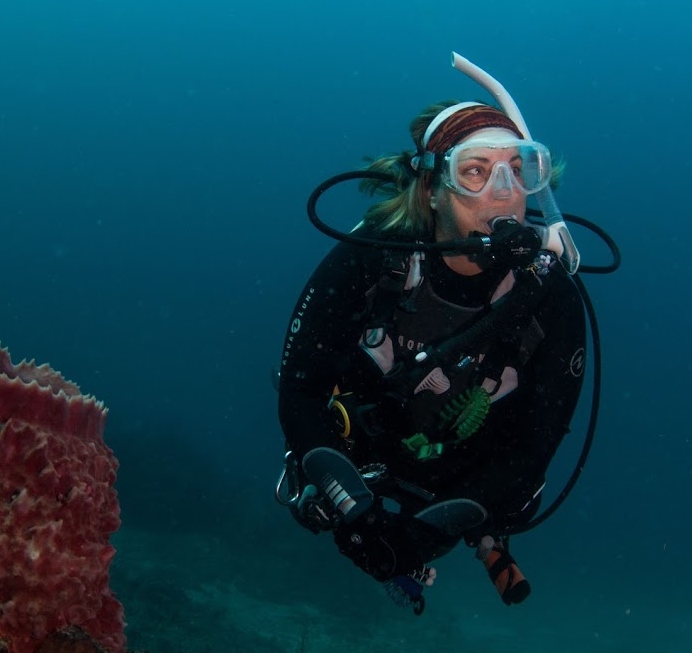 PADI has designated July 18, 2015 as Women’s Dive Day with the goal of getting as many women scuba divers as possible to go diving on the same day, thus building awareness and interest for the sport of scuba diving.  Sea Experience will be offering $20 off a two tank dive trip (including air) for the ladies on July 18th only.

Scuba diving is still primarily a male dominated sport with women accounting for only 35% of annual PADI Open Water Diver certifications.  That being said, women have contributed greatly to the sport of scuba diving.  Three women who have made significant strides in our sport are Zale Perry, Eugenie Clark and Sylvia Earle.

Zale Parry started scuba diving in the 1940’s. She worked as an actress on Sea Hunt and was an underwater photographer.  In the early 1950’s Ms Parry and her future husband, Parry Bivens, designed, built and marketed the first civilian hyperbaric chamber which they used to test scuba diving equipment. In 1953 they formed Scientific Underwater Research Enterprises.  Zale Parry set a new women’s deep diving record of 209’ while testing the Hope-Page non-return valve mouthpiece in open water. She is said to have stopped at 209’ only because she had reached the bottom! As a result of her success, the equipment became a standard regulator feature.  The deep diving record and testing was an important news event and a photo Zale Parry was featured on the cover of the May 1955 Sports Illustrated.

Dr. Eugenie Clark was born in May of 1922.  Often referred to as “The Shark Lady”, Dr. Clark did her scuba training in the 1940’s.  Her love of fish and sharks was born through frequent visits to the Aquarium in Manhattan’s Battery Park as a child.  She studied zoology and was a research assistant at the Scripps Institution of Oceanography.  In 1955, Dr. Clark became the founding director of Mote Marine Laboratory in Florida; formally the Cape Haze Marine Laboratory and she remained a Mote trustee until her death in February of 2015.  In 1968 she was onboard the legendary maiden voyage of Jacques-Yves Cousteau’s ship, the Calypso as it toured globally to film ocean environments.  While on that journey Dr. Clark participated in experiments on shark behavior.  Her career resulted in her becoming one of the leading experts in shark behavior. She is quoted as saying “those of us who love the sea wish everyone would be aware of the need to protect the sea”.

Dr. Sylvia Earle was born in August of 1935 and is the Explorer-in-Residence of the National Geographic Society.   She is often referred to as “The Sturgeon General” or “Her Deepness”.  Dr. Earle made an open-ocean dive to the sea floor near Oahu in a JIM suit, setting the women’s depth record of 1,250’. In 1990, Dr. Earle was the first woman to hold the title of Chief Scientist for NOAA. She has logged more than 7,000 hours underwater and has led over a hundred expeditions.  Dr. Earle is strong proponent of safeguarding and preserving our marine ecosystems and in so doing has received more than a hundred national and international honors.  “People ask: Why should I care about the ocean? Because the ocean is the cornerstone of earth’s life support system, it shapes climate and weather. It holds most of life on earth. 97% of earth’s water is there. It’s the blue heart of the planet — we should take care of our heart. It’s what makes life possible for us. We still have a really good chance to make things better than they are. They won’t get better unless we take the action and inspire others to do the same thing. No one is without power. Everybody has the capacity to do something.” ~Sylvia Earle

These and so many more female scuba divers have made important strides in the sport of scuba diving. Let’s celebrate all those who have made a difference! Call us at 954-770-3483 to make your scuba diving reservations for Women’s Dive Day on July 18th.